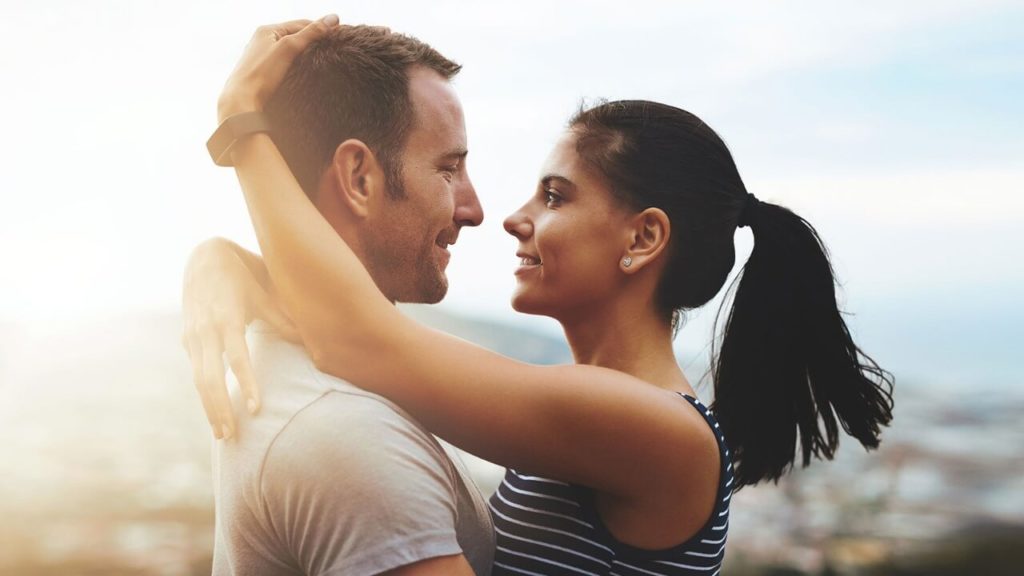 There’s nothing more satisfying than seeing a woman that you love fall in love with you…and staying loyal, honest, loving and caring with you for a long time. Making you and your life fulfilled and giving it a reason and meaning other than your work.

Now, when it comes to love… a lot of factors need to happen for your woman to be fully invested in you as a woman and make you her king for life.

So, let’s get into the little known ways to Make Her Fall In Love With You.

If you follow my tips and tricks below… and are looking for a hot, loyal girlfriend… this post can change your life.

1). Create a Connection with Powerful Emotions

When women talk about “feeling a connection with a guy,” they usually are talking about one thing:

Your ability to make her FEEL EMOTIONS.

Women feel connected to you when you’re able to generate emotions in her… no matter how long she’s known you.

In my experience, this right here is the easiest way to make a girl feel emotions really quickly.

Once she feels connected to you and has a good understanding of who you are and what you represent, she’ll be genuinely interested in you.

Here’s the rub though:

Your personality has to be congruent with the emotions you make her feel.

If you make her feel one way… then act another… she’ll be really disinterested in you because it’s clear you’re not really who you’re representing.

So here’s the best way I’ve found to be congruent:

Represent the most honest version of yourself, without giving a f*ck about what she or anybody else is going to think about you. Say whatever you feel like in a completely unapologetic manner.

After that match those words of yours with congruent actions.

Do exactly what YOU want to do, without thinking of other people’s remarks. In short, represent yourself honestly. Now you might be thinking what’s the benefit of this?

Once you start representing the real you, she’ll see you as who you are and feel this magnetic pull towards you which will hook her to you forever.

She’ll know who you are, what you represent and then she’ll also start sharing with you and confiding with you.

This is very important for creating a long lasting connection. 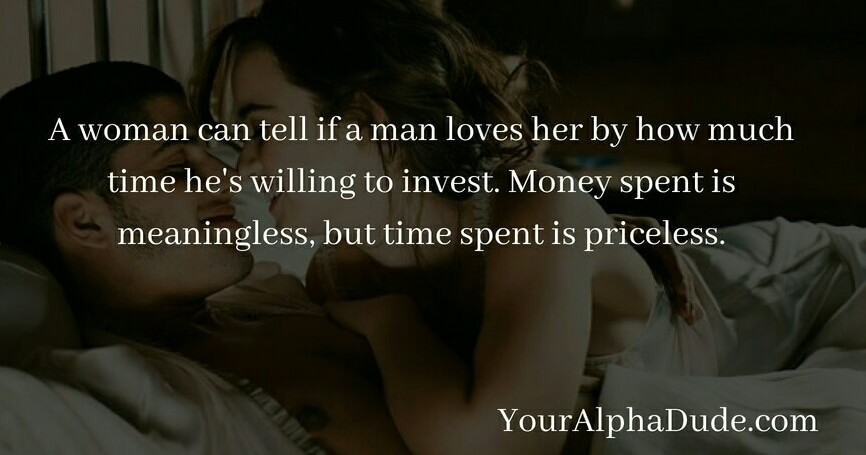 Another  good way to make a real, strong connection is to fall into her deep eyes.

What I mean is whenever you’re talking to her look deep into her eyes, as if it’s a long ocean and get lost into it.

Let her know how much she means to you and what you feel for her, without even telling her.

Look into her soul if need be, look that deep, it’s going to build a very strong connection with her, if you’re good at it and genuinely are interested in her.

You can see a good video example of this kind of looking into her eyes right here.

And now, a very important thing in building deep connection is patience. It doesn’t happen in a day, especially with a girl, it takes a long time for her to connect with you.

Be patient and don’t rush her. Be in control of your emotions and actions and give her what she wants at the beginning, that is your Comfort. She wants to feel your warmth, so give her that.

Then invest some time in your relationship with her. Trust me, it’s going to be worth it.

Women like men who are emotionally strong, not weak and unstable, weird freaks.

The biggest sexual turn on for women is trying something new. It’s doing something they have never been exposed to before.

Women crave for new experiences and want their men to give them a thrill of emotions and experiences which they never got before.

They want their men to make their life a roller-coaster ride even if they don’t admit it.

When you are taking risks and making her do insane stuff, stuff that she craves to do but won’t admit, you must consider three things in mind –

whenever you talk to her the purpose of your communication should not be to start conversation or anything like that, it should be to get you a result. Know what you want and lead her there.

If you want to make love to her, then you must let her know through your communication and vibes, that you want to sleep with her… and make her lust for you.

Get her into a state of horniness and fascination where she wants to eat you alive.

This should be your purpose when you take risks and frankly this is what your woman wants from you.

She wants you to create emotions and make her fascinate about you.

You need to lead her both intellectually and emotionally by the way you talk and touch her.

And don’t be afraid to make mistakes, it’s better to apologize than regret over what you could have been able to do but didn’t because you’re a wuss.

THIS Makes You MUCH Bolder: “Alpha Male Training” That Gets Her Wet…

When women feel attraction for somebody, then every part of their body screams to get into a sexual relationship with that person.

When she is attracted to you, she knows that you have all the qualities to become her ideal lover and provider, someone who can protect her and also fulfill her emotional and sexual needs.

The thing about attraction is that it is a primal instinct. We don’t have any control over it. It’s involuntary.

It makes us powerless and it’s almost impossible to not feel emotions for a person who we are attracted to. Women are most attracted to Alpha Men who they can’t have.

[Why do you think women crave strong, masculine movie stars so much? Now you know it.]

For you to develop into that kind of a person who women want but can’t have until and unless you want them is to create an aura of non-neediness and coolness around you.

shows a non caring nature towards women and portrays them that you must have a lot of women around you, so they aren’t that special. Now, this is social proof working here, without any girl around you.

It’s just through your mentality. You’re calm, you’re composed and you’re not intimidated by any woman out there. Now if you’re already in a relationship, your non needy attitude will portray your woman that you’re not completely sold on her and she needs to make serious efforts to win your heart.

A very important quality that can help you display and create an aura of non – neediness is in giving. Think about it, who gives, a man who doesn’t have anything or a man who has [ whatever it is ] a lot and can afford to give to others.

A man of abundance or a man of scarcity? So, cultivate a giving mindset. 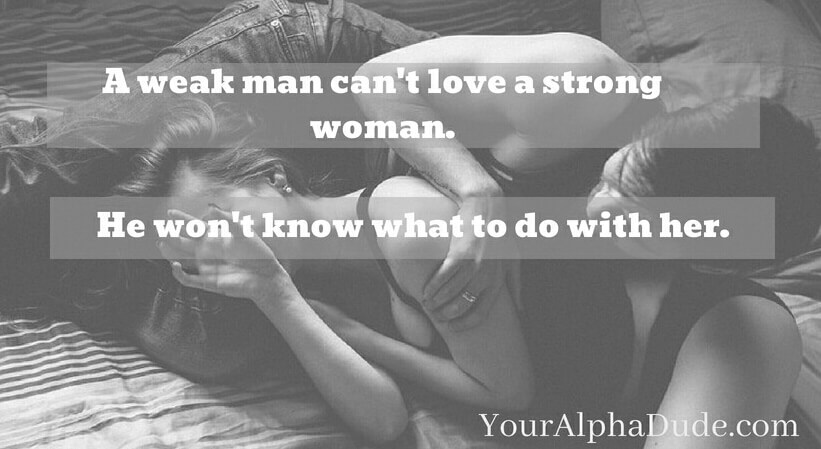 Now, let’s discuss some attractive traits that will spark her attraction and keep it forever –

Women love dominant men, i.e. men on a mission, men who have a higher vision for life, for the world, for themselves and for the women who are with them. First, i will like to clear a common misconception of people about dominance.

Dominance doesn’t mean controlling others, fighting, manipulating or using any other cheap methods to get your way around.

In fact, all these methods showcase insecurity, a man who is unsure of himself and is just putting out his frustration upon this world. That’s highly unattractive, possibly most unattractive.

Dominance is believing in yourself and cultivating an aura of self-confidence around you. It’s about the focus and integrity that you show in whatever you do.

It’s your calmness and relaxed state of mind when you’re in a pressure situation, possibly in a meeting or closing a deal, or hanging out with a hot girl.

Let’s face it, leaders are sexy. For a simple reason, they hold respect of everyone in the room, and often know the way, go the way and show the way to others. This is a dominant trait in itself.

Another reason it is so attractive because leaders are so rare, they’re so few in numbers.

For a woman to be attracted to a man, she needs to see him as equal status or higher status than her, and since leader has a highest status in the social hierarchy, so she’s naturally attracted to him.

It just lets her know instinctively that this guy has dominant genes and he’ll always protect me and take care of my needs.

Body language is very important as it displays a man’s honest signals and let’s a woman know everything about a man that she wants to know. So, some important body language tips.

Seduction is the last part in giving her a fulfilled and complete satisfaction. It comes after attraction because it can’t happen before it. Actually all of the above points lead to this final point. 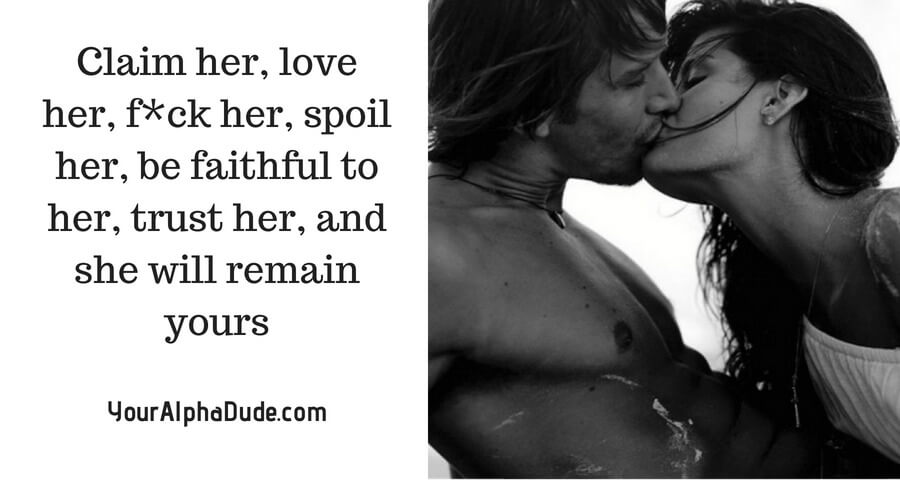 In touching a very strong and powerful move on women is Touch and Release. In this move you’re the one who’s in-charge, you’re the one leading. You make the move, and then you push her away. It’s a physical form of push – pull and it’s as effective. In this she’ll never be able to reject your advances as you’re the one who already pushed her away.

This will create a lot of confusion and tension in her mind and tension is good, because that creates emotion, and without emotion you can’t lead things to bed. So, you hold, the power, you seduce her and you let her keep guessing your next move.

While trying to seduce her and making the final move make sure that you’re always using baby steps as it takes a long time for women to get into a sexual state. Plus taking baby steps will help you in leading her more easily.

Make her picture all the things that’s going to happen to her in a few moments, tell her exactly what you’re going to do and then do it, and then surprise her with a one or two extra moves.

That’s the key, anticipation and being a mystery. Let her keep guessing. And when you kiss her, do it with patience.

One Easy “Shortcut” to Make Her Fall For You Faster…

Of course, if you do all of the above, then there’s a good chance the girl you’re into will fall for you.

If you’re looking for a shortcut… or an easy way to make it happen more quickly though… I’ve got something I think you’re gonna like a lot:

It’s this FREE deck of cards that is designed to form a deep connection with girls quickly… and make them fall in love with you fast.

This deck of cards was designed by a “maverick” professor at one of the top universities in the U.S.

He was looking for the answer to “what makes people fall in love?”… and designed a series of questions to make girls fall for guys faster.

The professor asked for volunteers for a study to see if the questions worked… and the results were really shocking (and pretty controversial too):

And these otherwise “straight” girls started lesbian relationships with each other after going through the questions on this FREE deck!

For a limited time, I’ve gotten access to some FREE copies of this deck developed by this renegade professor… and I’m making them available to you for FREE (just pay a small shipping charge, and it’s yours)…

To claim your free “Make Her Fall In Love With You” Deck now (while supplies last), click the link below: