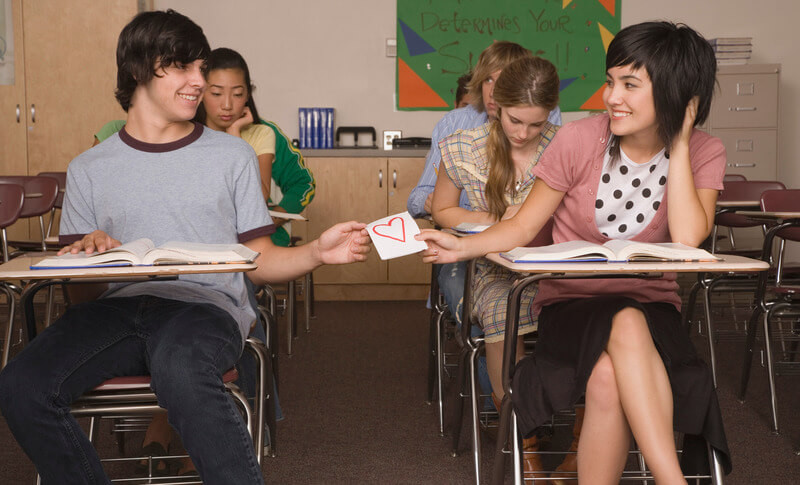 Sure-fire Guide to Getting Success With Flirting Girls Over Text

Flirting over text becomes a lot easier when you know the do’s and don’ts of texting girls.  If you’re not sure what you should or shouldn’t be texting girls, here are some general guidelines you can follow that will help you take your text game to the next level.

Lots of times a guy will avoid any kind of sexual comments when texting girls.  He doesn’t want to be seen as a ‘gross’ or offend the girl.  The trouble is that by repressing his sexual thoughts and desires women never learn to see him in a sexual way.  As a result he winds up stuck in the friend zone.

Take chances in your text flirting and let her see that sexual side of you.  Don’t be afraid to drop a sexual innuendo now and then or other comments that add sexuality to the conversation.  If you feel nervous about this keep in mind that women are more forgiving of men who cross the line than of men who are afraid to take chances in the first place.

Let’s say you take a risk in your text flirting and wind up saying something the girl doesn’t like (or you say something and never hear a response).  A common mistake guys make here is they start apologizing – profusely.  They’ll send message after message saying “I’m so sorry! I didn’t mean to offend you!  I’m such an idiot!” etc.  Sending messages like this just dig the guy into an even deeper hole as it makes him look needy and desperate.

>> Do move the conversation forward

If you upset the girl don’t dwell on it.  Simply acknowledge how she feels and move on.  Show her that it’s no big deal by moving the conversation forward.

This also works when a girl doesn’t respond to a message.  Rather than assuming your last text upset her (or that she must not want to talk to you anymore) assume that your text just got lost in the shuffle.  Don’t dwell on the fact that she hasn’t responded or ask her if you’ve done something wrong.  Just move on and start a new thread of conversation a few days later.

Neediness kills attraction.  And two of the most common ways neediness shows up in text flirting are when a guy is too available or starts over-texting.

Being too available and replying instantly to every text is unattractive.  It makes it look like the guy has nothing else going on in his life.  Similarly, sending a girl more texts than she sends you (or texts that are much longer than the ones she’s sending) is also a turn-off.  When this happens it means the guy is clearly chasing the girl.  Any attraction she may have once had for him will likely start to fade.

>> Do keep an abundance mentality

To overcome neediness you want to develop an abundance mentality.  This is basically the belief that there are plenty of attractive women out there who want you at this moment.

Think about it: What it would it look like if you knew there were dozens of amazing women who all wanted you right now?  Would you be replying to texts immediately and focusing all your energy on texting one girl?  Or would you have a more relaxed, care-free approach to text flirting?

This is the kind of mindset you want to have when text flirting with women.  When you have this abundance mentality a lot of the troubles that plague other guys (like being too available or over-texting) disappear.

>> Don’t fall into her traps

Some women know the effect they have on men all too well.  They’ll use their sex appeal to manipulate (and even toy with) men.  Why?  Often it’s to test them.  They want to see if the man can maintain his composure when a woman starts turning thing sexual.  Most men fail this test.  They get overly excited and turn into lap dogs when a woman turns thing sexual.  Don’t make this mistake as it shows you’re no different than every other guy out there.

If a woman starts coming on strong and being overly sexual, recognize that it may be a test.  Rather than buying into it and getting really excited, see it for the game it is.  Fire back with a playful banter line about how you’re “not that easy ;)” or that she’ll have to buy you a drink before anything happens.  Show that you’re used to beautiful women being sexual with you.  Let her see that it’s no big deal to you and you’ll immediately separate yourself from most of the other guys she’s tested.

Text flirting is supposed to be fun.  So above all keep your focus on having a good time.  Look to make yourself smile and laugh when texting a girl and there’s a good chance you’ll get her smiling and laughing as well.  Keep the tone of your texts light and don’t take anything too seriously.

To ensure you stick to this rule it’s often a good idea to only text when you’re in a good mood.  Trying to have fun, flirty conversations when you’re in a bad mood is an uphill battle.  Make sure you’re feeling good when text flirting and you’ll naturally compose texts that are fun, sexy and engaging.

So this is all about the flirting over text but don’t you think it’s still a virtual world. To become a total package you need some real world game as well. And it starts from your non-verbal communication which is non other than your body language.

Warning: If you’re not comfortable with making women wet then don’t read this article.