The Right Mindset To Attract Women In Your Life

Women are complex creatures, believe it, come to peace with it and engulf it in, mannn.

In short if you want to be amazing at dating women then you need to have the right mindset.

It all begins from there and it all comes down to that.

Now let’s dig deep into three mindsets and which ones are attractive and repulsive.

>> The Giver vs The Beggar

Your beliefs dictate your behaviour. So, having a strong and healthy one is very important.

Actually, your mental foundation is going to be the basic stone in your life foundation.

All your actions and its reactions will be in your favor if you have a healthy mindset, that is the giver mindset.

I know there are a lot of uncertainties in life,[ except death and taxes almost everything is uncertain ]. Old friends, new enemies, you never know. That’s why having a healthy mindset will immune you to all these petty issues.

The giver mindset is what i preach because it means abundance. You have so much that no matter how much you give you’ll never run out of it.

Now, Let me know what would a woman want? A man of abundance or a man of scarcity, who’s afraid, timid, shy and afraid of giving because he thinks others will get better than him, if he gives. 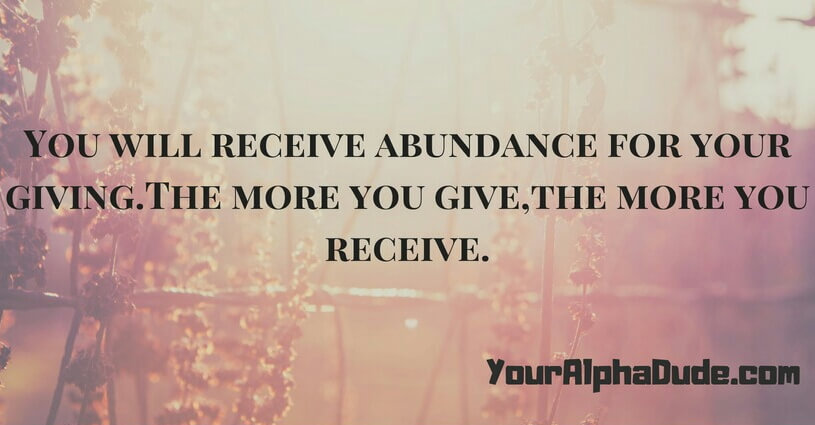 They’re attractive because they’re givers. They’re like the sun. Their light shines the brightest and others [ less attractive people ] just live under the shadows created by those lights.

If you know it, go show it, don’t be afraid, you’ll never run out of things. Cause you’re a man of abundance.

You give more and you shall receive more.

Attraction is one of the most primal instincts. It is triggered in our bodies in much the same way as other primal emotions, such as hunger, fatigue, and fear. It is almost habitual and in-built inside us. We can’t do anything about it.

Heck, attraction is an emotion. And it can’t be controlled. It’s triggered. It happens from the inside. Now, when it comes to attractiveness in men, it’s about how needy he is.

If you’re a needy man then you’re unattractive and if you’re not needy, patient and living your life to the fullest  [ not in your mind, but in reality ] then you’re attractive.

need to have a life, and if you don’t have one ,then get one. By that i mean, find like minded people and hang around. Don’t lie, don’t cheat. Don’t be incongruent.

If your actions don’t match your words, that’s incongruency, which is needy. And that’s the ultimate attraction killer. Be a man of words. Women love that.

A non needy man doesn’t lie, doesn’t cheat and is absolutely satisfied and happy in his own skin. His actions and words are as sharp as a sword. If he says it then people will believe it.

And this increases his perception of himself and radiates positive energy out of his body, which attracts all the women towards him.

Your neediness or the lack of it, just exudes from you in whatever you do. It defines and resonates in everything you say and do, the way you stand, the way you smile, the jokes you tell, the people you associate with, the car you drive, the wine you drink, the jacket you wear.

The girls that get attracted to you, their quality and thought process, everything.

A man’s comfort and acceptance in who he is and how things work, and what he can do for the things to work in an even better and efficient way is attractive and exudes an un-ignorable energy from him.

An attractive man is a born investor. He invests in people, things and tries to make them better each day, everyday. That’s his greatest quality and most attractive one. It’s his confidence in himself because of which he invests so much.

It shows no jealousy, no hatred nor any stress about other’s goodwill. Now, tell me how could a woman not want a man like this?

In the above lines i wrote an attractive man is a born investor. Now, an over-investor is not the same as an investor. An over-investor is somebody who never believes in himself and always think there’s a lack of something inside him, and he keeps investing out of fear, of getting lost in this wild wide world.

These people are insecure in themselves and their abilities and their insecurity breeds from the fact that they’re afraid to give [ yup, over investors invest in themselves not others, for them it’s every man for himself, and then they will think why are they so poor ] 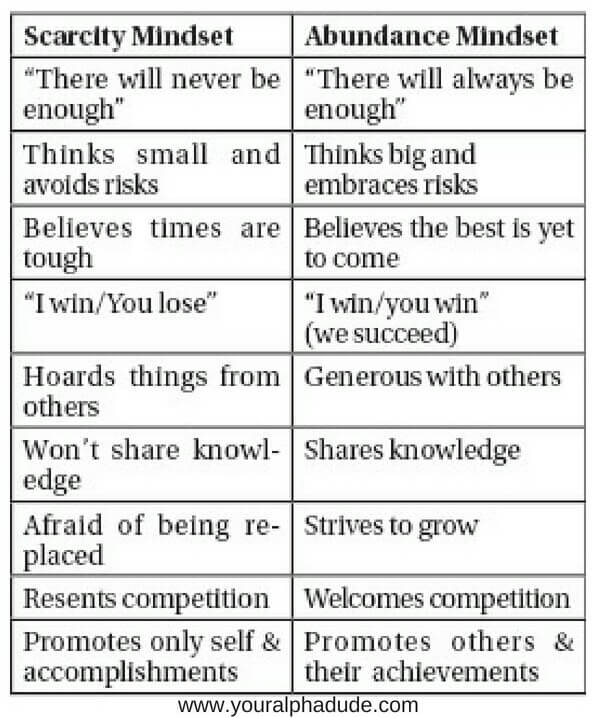 These are the worst of people to ever meet and come in touch. These are selfish, liars and hypocrites. And they’ll use you, juice you and abuse you to get to their motive. [ hopefully you’re not this man ]

These people don’t enjoy life as they’re over invested with being jealous and scarce. They have a negative aura around them and women repel from them.

Overtime they don’t make much friend and some who are their friends, they also get repelled because of their attitudes and behaviors.

In this article i discussed a lot about being non – needy, giving as giving makes you shine like the sun. But a word of CAUTION – Stay away from people who take too much.

As they’re like vultures, they’ll only scourge you and take things away from you, as they’re programmed to only take, and not give.

These are the jealous ones, the low-life ingrates who doesn’t believe in trust, honesty, friendship and are only using you to get to some purpose.

Most of these people are those gold diggers, who’ll move on from you as soon as they’ve taken enough and move to the man who can give her more. So, stay away from people like these.

Choose to have a carefree, giving nurturing and a cool mindset where you know that you have a lot in life and if if you give some, you’re only going to get some.

Comment below and let me know, on having a giver mindset, how much capacity do you have inside you to give and have you met a vulture in human form or not?

Since you know the right mindset to attract women, I want to take you one step further. I recommend you my 69 brutal things that attracts women.

➣➣ Click here to find out the 69 ultimate tips to attract women.