This Guy Will Get You Laid… 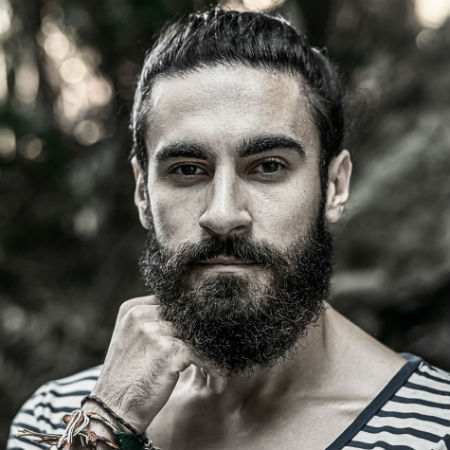 Gotham Club’s Founder, Craig Miller, Sits Down For an Exclusive Interview That Will Get You Laid…

Craig Miller is a legend in the pickup / seduction community.

He used to run the New York City “Lair” where some of the biggest names in the field (like Mystery, Glenn P, and others) became legendary ladies’ men.

He founded Gotham Club to provide a proven, expert-driven, science-based site to help you get laid faster and easier with tips that REALLY work…

I just agreed to write over at Gotham Club as well and become one of their experts… so I was able to get a half-hour of Craig’s time for an exclusive interview.

We talked about all kinds of things, including:

And a whole lot more.

I caught up with Craig on vacation down in Florida–enjoy man!

Ariel Vagus: Hey Craig, thanks for taking the time to answer a few questions from me. You’re an absolute legend man.

Craig Miller: No prob man–happy to be here.

AV: I wanted to start by asking you about your favorite conversation starter. What is it, how’d you come up with it, and why does it work so well?

CM: Yeah that’s one that a lotta guys want to know about (laughs). Until pretty recently I’ve kept it pretty secret–I just did a piece on it over at Gotham actually that goes into a little more detail–but here’s how it works:

Most guys end up doing the wrong way, whether they know it or not.

What do all 3 of these have in common?

AV: They complement something that she has no control over?

To a woman, this seems really lazy… since there are a bunch of things she did spend a bunch of time on… but that you didn’t pick out.

So then that means to focus on something she has done to try to attract men. Something like her hair, her shoes, her outfit.

Find something that you legitimately like about her… and then keep that in the back of your mind.

AV: Don’t talk to her about it right away?

CM: Nope. Not yet. Because we still haven’t gotten to the line yet, and when we do, this is really gonna blow your mind. Ok ready for it?

CM: So then once you have that thing she worked on in your mind… you walk up to her and say:

CM: Yeah, it’s great because it pulls a lot of those things together–the hair, the outfit, any accessories she’s wearing–and she’s immediately flattered, and then a little bit curious. Since the next question 75% of the time is:

CM: So that’s why you have that “one thing” locked and loaded, so that if and when she asks you what about her style you like, you aren’t all nervous and like “Uhhhhhhh…”

AV: Yeah sadly I know too many guys who have been there before.

CM: Because if you do that long pause, then you seem nervous. It makes the line seem inauthentic. I call this “prepared honesty” since you ARE being honest… but in a way that’s easy and that makes you seem effortless, you know?

AV: Totally–yeah man, that’s a great tip. Now you often talk about a lot of guys going after the wrong type of women–what do you mean by that?

CM: Yeah, it’s not like type like “Asian girls aren’t right for you,” or “brunettes aren’t right” or whatever.

But it’s more that a lot of guys focus on girls who have zero interest in them.

When there are probably a bunch of hot girls out there who have noticed you… and are definitely at least intrigued, if not really nervous that you’ll come up and talk to them.

AV: How does that work?

CM: So a lot of guys miss the signals that women are giving them. Women are brought up with a lot of “slut-shaming”–they want to seem like these perfect little angels who have never done anything wrong…

Yet society is telling them, “Don’t seem like a slut. Don’t seem easy.”

So what do they do? They end up using this “code” made up of really subtle signs they like you to try to attract you… and hope that you’ll pick up on it.

AV: Oh wow. Yeah I know how powerful like body language can be for guys.

CM: Yeah and it is for girls too. The problem is, they think we know what they’re saying through these subtle signs… when in reality it’s maybe 2-3% of guys who pick up on these signs naturally.

CM: Right. And those are the guys getting laid. So I do my best to show guys what these signs are… and how to pick up on them better. I even made a video about it here that shows you some of the most important signs she secretly wants you. Because I know there are a lot more guys out there who could get laid a lot more if only you knew what to look for, you know?

AV: Cool. What’s an example of one of these “secret signs” that a girl likes you?

CM: Probably one of the ones that blew my mind was how her feet are positioned. It’s a big secret in the FBI profiler community that where a person’s feet are pointing are what they’re interested in most. So even if she’s turned away from you… if her feet are pointed at you, “the feet never lie,” I think they say, so she’s probably secretly into you.

CM: Yeah, yeah. For sure. It’s all in the video–I think this is one of the most important videos any guy who wants to get laid more can ever watch, honestly. Not to toot my own horn or anything (laughs).

AV: One more thing I wanted to touch on today was your recent appearance on the Anderson Cooper show. Do you wanna talk about that at all? I know there was more than a little bit of controversy…

CM: Yeah, I haven’t given too many interviews about it yet to be honest, but for you man, I’ll totally do it. And it’s kind of related to the “signs she likes you” stuff above.

So I went on Anderson Cooper’s show a while back to talk about some of these body language signs, what to look for that means a woman wants you, and (most importantly I think), how to hookup with girls you meet who are into you. Pretty harmless stuff, right?

CM: Exactly. Anderson’s producer was very nice to me when I got there, walked me through the piece, thought we agreed on it, etc.

I get on camera and I’m going through my absolute best stuff–how to spot girls who like you. How to start a conversation. How to escalate physically. And how to get her to come home with you.

It’s amazing. And I’m going out, doing demonstrations with hidden cameras, I’m having a blast.

Then about halfway through it… they ambush me.

I was on the defensive for quite a while… but I think I handled it pretty well.

Well, of course, the piece airs, and it’s a total hatchet job.

And it’s just Anderson and the angry feminists in the audience screeching at me for a whole half-hour.

CM: Yeah it sucked… but I did get the last laugh over Anderson and his producer.

CM: Yeah, on my way out, I slipped my number to his receptionist, and went out on a few dates with her. Really cute–hell of a body.

CM: And you know… things got physical… and one time right after we were done in bed, I asked her, “Hey, can I get the deleted footage from my appearance on Anderson’s show?”

CM: I swear! And it took her a little convincing… since she was worried she was gonna lose her job… and I’m like “It’s digital. They’re not gonna know if you download it to a thumb drive and get it to me.”

CM: So it took some convincing… but eventually she agreed. And so I got all of this great footage from Anderson Cooper–the good stuff I’m talking here. Basically a complete, ready-made system to get hot girls… and I turned it into a free video.

CM: Yeah, I want to give it to Your Alpha Dude readers as a Free Gift, you know? Since this is “borrowed” footage at best… I don’t know how long it’s going to be up or anything like that. But while it’s up, I want you and your readers to have access to all of this great information.

AV: So where can they get the video?

CM: It’s a long URL–don’t want it to be too easy for certain (ahem) producers to be able to find it, you know?

CM: Can you just put a link in the transcript for your readers? Maybe right below this?

Big thanks to Craig… and again, that FREE video of his with the lost footage from Anderson Cooper’s show, and Craig’s step-by-step system to get laid is right here: