There are about 5 different types of women out there — and each is a little different when it comes to seduction.

Some women are super-focused on their career. Other girls go where the wind blows them. And some are more traditional.

The type of girls you WANT.

May not be the types of girls you ATTRACT.

Today, we’re going to fix that.

You see, I have this buddy. Let’s call him Jack. Well, Jack wanted to settle down. He was done with the game and he wanted to start a family.

Problem was, all the girls that were interested in him were party girls!

Jack wasn’t turning away the fun and fast sex. But it wasn’t exactly what he wanted out of life anymore, either.

But after I explained what nice girls who want to settle down are looking for, he met his future wife 3 months later (they got married last year… cute couple).

So whether you’re looking for hot sex with the party girl, experimenting with a free-spirit, or finding Mrs. Right — here is how to seduce the 5 different types of women. 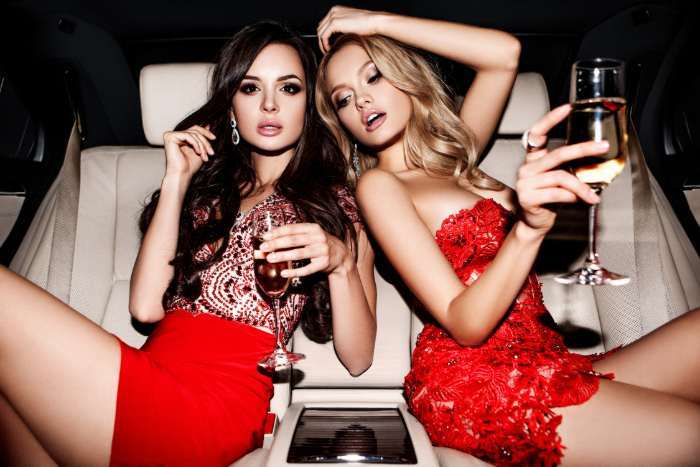 And that totally sums up the party girl archetype.

She is looking for fun and excitement. She wants to go out drinking and dancing with her friends at night clubs and house parties every weekend.

If you can keep up — great. If not, she’ll kick you to the curb faster than you can say “vodka soda.”

If it’s a party girl you’re after, go where she’s going to be. Night clubs, mimosas at brunch, music festivals, that kind of stuff. Don’t try to drag her out of her boozy comfort zone or she’ll flake on you pretty quick.

In order to seduce the party girl, you’ve got to be direct and confident.

Party girls are not going to wait around.

The #1 quality the party girl wants is EXCITEMENT. 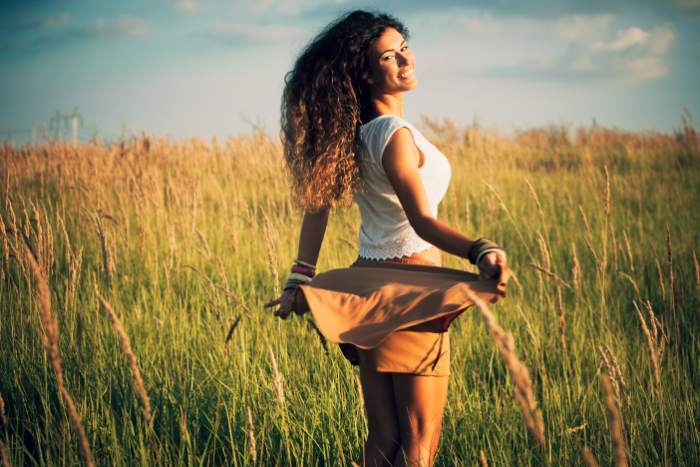 She can probably be found at hot yoga, bookstores, eclectic mom and pop shops, and reading her horoscope at the local coffee shop.

In order to attract her, you must BE DIFFERENT.

“Normy” guys are boring to the free-spirited woman.

My “Foolproof First Impression”: Show Her You’re Different From All Other Men (Here’s How)…

So, if that’s you, you’re going to need to switch it up. I can’t tell you exactly how to change your normal game, but get creative.

Try date ideas you never would have thought of before. Forget stupid “rules” like the 3 date rule or not texting her for 3 days after you get her number.

Just be yourself. No games. Be present, but give her space.

The #1 quality the free-spirited woman wants is AUTHENTICITY. 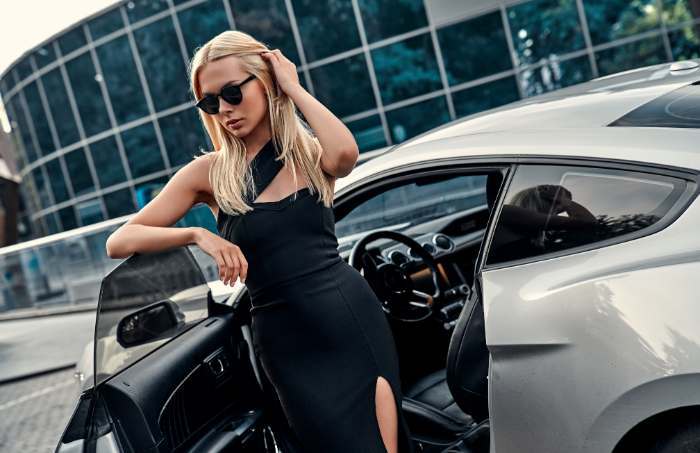 In stark contrast to the free-spirit and the party girl, the career woman isn’t living in the moment — she’s looking two years ahead to her next promotion and that corner office.

Career-oriented types can seem intimidating to some men, but once you crack through their armor, they’re every bit a woman.

And often wild in bed (so much stress to release).

To attract the career woman, you must show her your strength and direction.

The corporate girl wants a leader. She wants to know that you can take charge of situations and be assertive.

One easy way to do this is by placing both of your orders at restaurants.

As an example, ask her what she’s having before the server arrives and when they come to take your order, assertively state “We’ll have the fish tacos to start. For entrees, the lady will have the chicken parm and I’ll do the New York strip medium rare.”

Career women also want a man who has a direction in life and a sense of purpose. Think about what you want in life and where you see yourself in a few years. And be prepared for her to ask about it.

The #1 quality the career woman wants is DRIVE.

She “Doesn’t Think You Have Enough Drive or Ambition?” Here’s How to F**k Her… 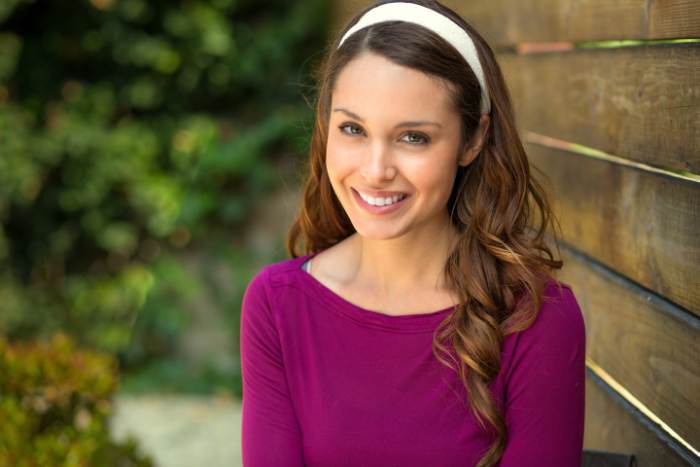 Traditional women or “Girl Next Door” types are looking for something serious.

They are sweet, kind, and compassionate, but they have zero time for game players.

To attract the traditional woman, be honest and forthright about your intentions. Show and tell her that you’re serious. Invest time and money into winning her over.

Chivalry certainly isn’t dead to the traditional woman. Open doors, pick up checks, walk her to her door.

But don’t get overly infatuated with her. She will also want to make sure that she’s dating an interesting guy who has a life of his own.

Continue with your hobbies. Keep spending time with your friends and family. Continue focusing on your career.

The #1 quality the traditional woman wants is STABILITY.

The Girl Next Door Can’t Resist THIS: How to Touch Her & Make Her Crave You… 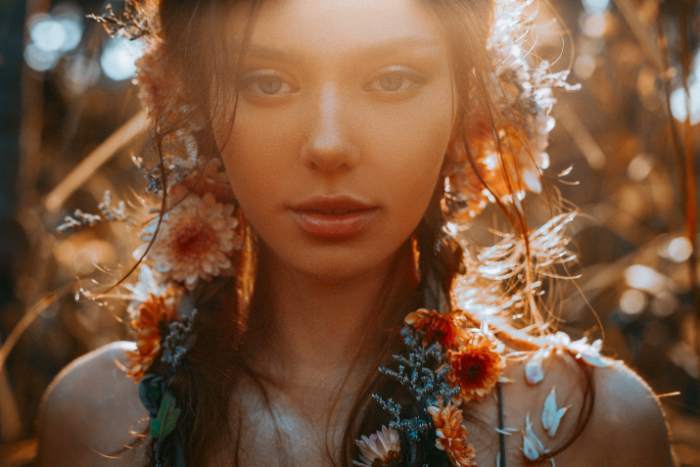 The artsy type of woman is similar to the free-spirit, except with niche interests instead of a broader lifestyle. She can likely be found at art galleries, museums, music performances, bookshops, and the theater.

To meet artsy women, you can’t fail by frequenting these places and keeping your eye out for single women.

To seduce the artsy chick, you need to display common interests.

Check out a book on Renaissance painters or wander around your local museums.

To go a step further, enroll in an acting or painting class. Your local library or nonprofits are a good place to start looking.

Pro Tip: Read books in public like on the subway or in the park. I used to do this pretty frequently but I actually had to stop because of how often women would hit on me.

The #1 quality the artsy chick wants is INTELLIGENCE.

You’ve Met Your Type — Here’s How to Bang Her…

Don’t make things harder than they actually are.

Odds are that she’s going to be attracted to you.

Here’s the problem though:

Most guys have zero clue when a hot girl is into them.

That’s because hot girls have been “slut shamed” for their entire lives.

Their friends call them “sluts” as the worst insult possible…

So what do they do?

They hide their signs of interest in a guy.

Through the years… this has become sort of a “subconscious language” among women… who just kinda assume all guys know how to speak it.

It’s like if you started spouting Uzbek at an average guy walking down the street in Little Rock, Arkansas.

I have some good news for you though:

And this will tell you exactly when she’s into you… and when it’s safe to “make a move” that will more than likely result in sex for you.

In it, my mentor, Craig Miller, will show you 3 of the biggest signs that a hot girl is interested in you…

And how to go from “she’s interested”… to having her looking you straight in the eye as she slides up-and-down your d**k.

It all starts with this video though–watch it now and start getting laid more right away: