Being socially awkward can be tough.

It can seem impossible to talk to women. Making casual conversation with strangers feels like pulling teeth. You feel like nobody likes to be around you.

It can lead to simply isolating yourself from others, which can have a snowball effect.

I know because that used to be me.

But there are tons of ways you can make yourself less socially awkward and gain tons of confidence inside and out.

I can tell you from experience that they work like a charm.

So let’s discuss a few ways in which you can stop being socially awkward almost immediately. 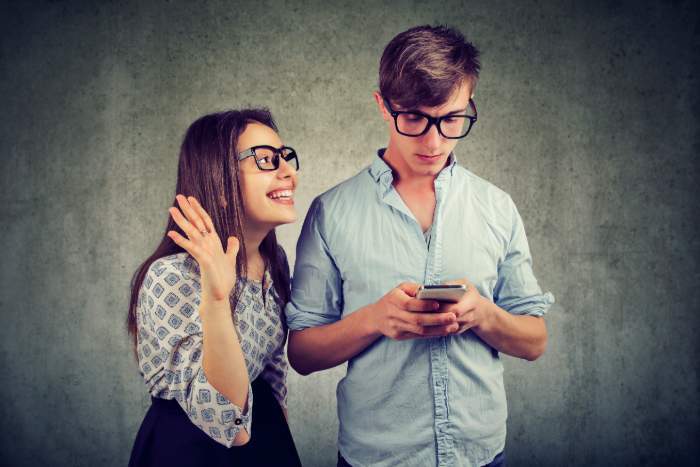 Step 1: Stop Using Your Phone as a Crutch

Socially awkward people use their phones as a crutch in order to avoid having to make eye contact with other people.

The logic goes that if you’re just staring at your phone, you don’t have to look anyone in the eye and risk making awkward eye contact.

It also doesn’t help that everyone these days spends 80% of their time staring at social media — making it seem more socially acceptable to use your phone as a crutch, since everyone else is doing it too.

Here are some things you can do instead of staring at your phone:

In order to seem more socially confident, you need to get over that.

The good news is that you can basically follow a few formulas for making eye contact without staring or coming off as weird.

Michigan State University has a some good rules of thumb when it comes to making natural eye contact that will make you appear much more confident and less socially awkward.

Another good rule is to hold eye contact in about 4 or 5 second increments.

You can look away by using gestures, such as nodding your head.

It will probably seem weird or forced to you at first, but over time it will become much more natural — and eventually you’ll wonder how you ever spoke to people without making lots of eye contact. 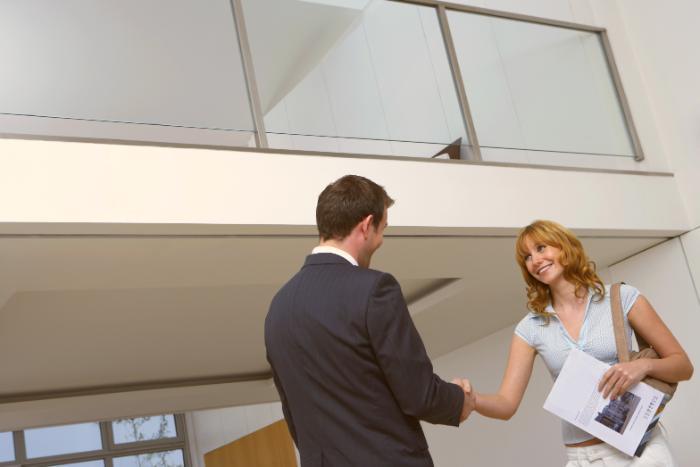 Step #3: Have a Firm Handshake

Meeting new people or meeting up with friends is your opportunity to set the tone for how they perceive you.

A firm handshake indicates that you’re strong, confident, and self-assured.

A weak handshake makes you seem like a weasel (you don’t want people to think you’re a weasel).

BONUS TIP: Touch Her Like THIS While Shaking Her Hand to Turn Her On…

One of the things that make people socially awkward is they are always thinking about themselves.

Not exactly in a selfish way, but because they are so worried about how they appear, how they look, how they sound, that they don’t have any brain power left to really listen to what other people are saying.

Practice being present and really listening to other people when they speak.

First of all, it will take your mind off of worrying about yourself.

Secondly, you will be more likeable because people will take notice and appreciate that you’re really listening to them and hearing them out.

We all love to feel heard (especially women).

Think about it like this… when your teacher or boss asks if anyone has any questions, most of the time, nobody says anything because everyone just wants to get the heck out of there.

In social situations, the last thing you want is to appear like you’re running for the door.

Asking questions shows that you’re genuinely interested in the conversation and the person you’re speaking with.

One example is asking for more details, like if someone is telling a story and they mentioned a specific place, you can ask them where that is.

A common theme among socially awkward people is that they’re constantly complaining about something or someone.

This can often lead to accidentally insulting someone — plus, it’s just not attractive to be negative.

I remember reading in Ben Franklin’s autobiography (great read, btw), that he tried to never say a bad word about anyone. Ever.

And people loved him for it.

Old Ben was a genius when it came to interpersonal relationships. He even had a bit of a reputation as one of the great ladies men of his generation.

So take it from my favorite founding father: if you don’t have something nice to say about someone, don’t say anything at all.

New Video: How to Get Laid Without Saying ANYTHING…

One of the main reasons you probably want to stop being so socially awkward is because you want to be able to talk to hot women.

Hot girls can seem like an impossible puzzle that you’ll never be able to solve if you’re a socially awkward guy.

You get nervous talking to them…

You don’t know what to say…

When that happens… there are actually some really subtle, really easy ways to turn women on… and make them think of you as a potential sexual partner…

The best tip I can give you by far is my mentor Magic’s super simple 3-step process that subconsciously activates the sexuality center of a woman’s brain.

It’s purely based on body language and touch… which means that even if you’re not a super extroverted or a confident speaker — it doesn’t matter — it can still work for you.

Check out this short, free video to see how it works, I guarantee you won’t be disappointed.